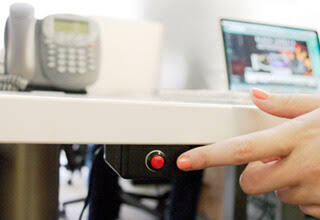 False alarms will affect you and the community in a negative way. Most counties have instituted false alarm fines that can run you hundreds or thousands of dollars. It can eventually cause you so much frustration that you will stop using it. In most cases the causes are easily fixed but often ignored. Alarm New England

What is a False Alarm?

More times than not false alarms are caused by the user of the alarm system. Lack of experience or the lack of understanding how it works are common causes. I remember when I installed my first alarm system. I have installed alarm systems for years but my family was not used to the addition of a security system. In the first week we had 4 false alarms. My wife did not enter the code fast enough, my son forgot to disarm when he got up to go to work and my elderly father-in-law forgot about the system completely and I had an existing contact that false in the middle of the night.

So, since I was tired of getting up in the middle of the night I approached each incident and fixed the problems. My wife armed and disarmed several times to make sure she had the sequence down. The audio on the alarm was increased so my son would hear the countdown. My Father-in-law was a little more of an issue. He gets up in the middle of the night to let his little dog out so I had to design something custom for him. I added a shunt switch for the back door so he could flip the switch before he went out the door which allowed the rest of the system to stay armed. I also added a led to the switch so he could visually see when the door was alarmed. And the simple fix was to replace the faulty contact on the kitchen window.